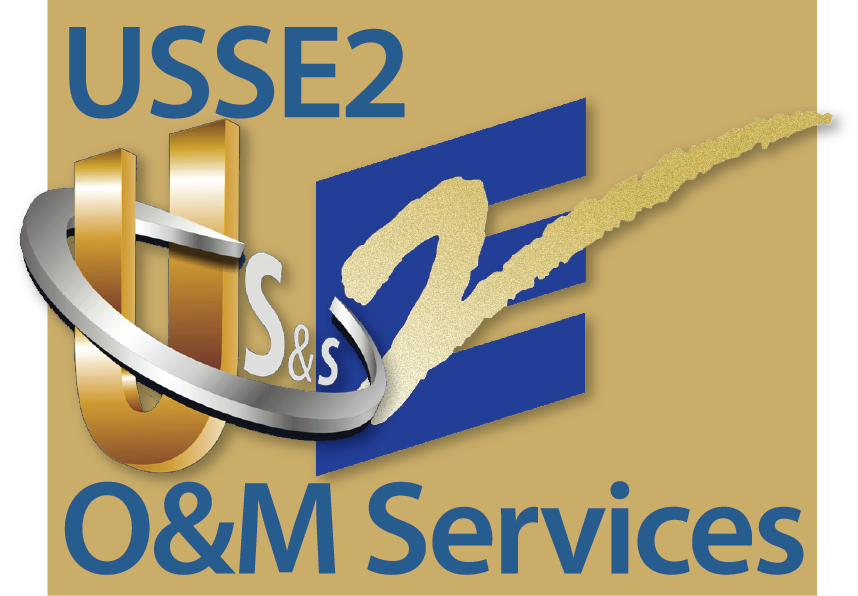 The scope of work under this contract is support services encompassing all of the various operational and maintenance work necessary to maintain the facility infrastructure.  USSE2 and our pre-selected major subcontractor URS Corporation will perform services to  include, but not limited to support service for: Site Management; Environment, Safety, and Health (ES&H); Property; Grounds Maintenance; Janitorial; and Mail Room Distribution at the various NETL site locations.  These services will be provided for the Albany, OR, Morgantown, WV, and Pittsburgh, PA sites.

"Receiving this award is a testament to how two small businesses can come together, strengthen their capabilities and achieve great things. This opportunity is monumental for both US&S and E2 - it provides our Team with an even greater past performance portfolio in Operations and Maintenance (O&M) while fostering continued growth and sustainability for our individual companies" says Richard Hagins, USSE2 O&M Services President/Managing Member and CEO of US&S. We are extremely thankful to DOE for recognizing the quality and depth of two minority owned businesses, an 8(a) and Service Disabled Veteran Owned Business (US&S) along with the support and experience of our major subcontractor, URS Corporation."

Greenville, SC - The U.S. Small Business Administration has named Greenville businessman Richard Hagins as the 2014 South Carolina Veteran Entrepreneur of the Year. One of the South Carolina Small Business & Advocacy awards, the Veteran Entrepreneur of the Year title honors an outstanding entrepreneur who has been honorably discharged from the Armed Forces.   Hagins is the President and Chief Executive Officer of US&S, Inc. (US&S), a facility maintenance and support service provider specializing in operations and maintenance, repairs, renovation, janitorial, grounds maintenance and staff augmentation services to the U.S. federal, commercial, institutional and industrial communities.

After serving his country for 23 years as a U.S. Naval Officer and retiring in 2000 with the rank of Commander, Hagins followed his entrepreneurial spirit passion for service when founding the company in 2003. The company started with an initial $25,000 investment and 2 unpaid employees. US&S' orientation towards serving the U.S. defense community government and prime contractors was a natural derivative of Hagins' many years of service in the U.S. Navy. Over the next 10 years, US&S would experience more growth and push through more adversity than most small businesses can expect in an entire lifecycle.

Within its first three months of business, US&S secured its first project, installing carpet for a local church in the Greenville community followed by closing its first year of business with approximately $800,000 in revenue. In 2005, the company obtained its 8(a) Certification from the U.S. Small Business Administration, which helps small disadvantaged businesses compete in the federal marketplace. By 2007, the company had landed several multi-year defense contracts and closed the year with just under $2.4 million in revenue.

During the economic downturn starting in 2008, US&S was able to weather the storm without a significant effect on the business due to substantial revenue growth and management of expenditures. However, 2011 brought internal funding cuts as a result of underperforming business units, which the company decided to dissolve. As a result, the company had to lay off a number of employees associated with the dissolved units. In an effort to keep remaining US&S staff employed, Hagins and fellow executives took a 30% reduction in salary while the rest of the team took a 10% reduction in salary to reduce costs during this storm. In late 2012, all salaries were reinstated as revenues experienced growth of 130% from 2010 and expenditures continued to remain stable. The company became a $20 million dollar success.

US&S currently has over 80 employees and facilities in Kings Bay, Georgia, and Aiken, South Carolina, in addition to its Greenville headquarters along with many project specific site locations. Notable clients include the U.S. Department of Navy, Lockheed Martin, Savannah River Nuclear Solutions and the General Services Administration. The company is working on strategic plans for continued market diversification and enhancing its expertise in respective core competencies.

US&S is not only business-focused, it is community-focused. Supporting the community that the company works, lives and plays is of vital importance to US&S. A couple of the company's leading community service commitments include: United Way of Greenville County, supporting efforts to improve lives through school readiness, high school graduation and financial stability; and, Salvation Army's Adopt-A-Family Program, supporting impoverished families with tangible needs during the Christmas holiday.

Since settling in Greenville, South Carolina, in 1996, Hagins has become an integral part of his adopted home through the work of his company and commitment to service. He has previously held numerous community affiliated positions ranging from Treasurer for the South Carolina State Port Authorities to the Programs Committee Chair for the Greenville Metro YMCA Board. Most recently, he was appointed to the Board of Directors of the Greater Greenville Chamber of Commerce, Board Member of the Medical University of South Carolina Foundation and Chairman of the Board for the Blood Connection. He was named the U.S. Small Business Administration's Minority Business Person of the Year in 2012 and recognized by the Greenville Business Magazine and Greenville News for the work of his company and commitment to the advancement and improvement of the Greenville community.

"Under Mr. Hagins' leadership, US&S has developed into a true small business success story. He has honored our country through his service, and he has honored our state through his entrepreneurship and community involvement.  Now, we are proud to honor him," said Elliott Cooper, Director of the SBA's South Carolina District Office.

Hagins was nominated by Euleta F.H. Alston, Business Development Manager of US&S, and eldest daughter of the retired Commander.