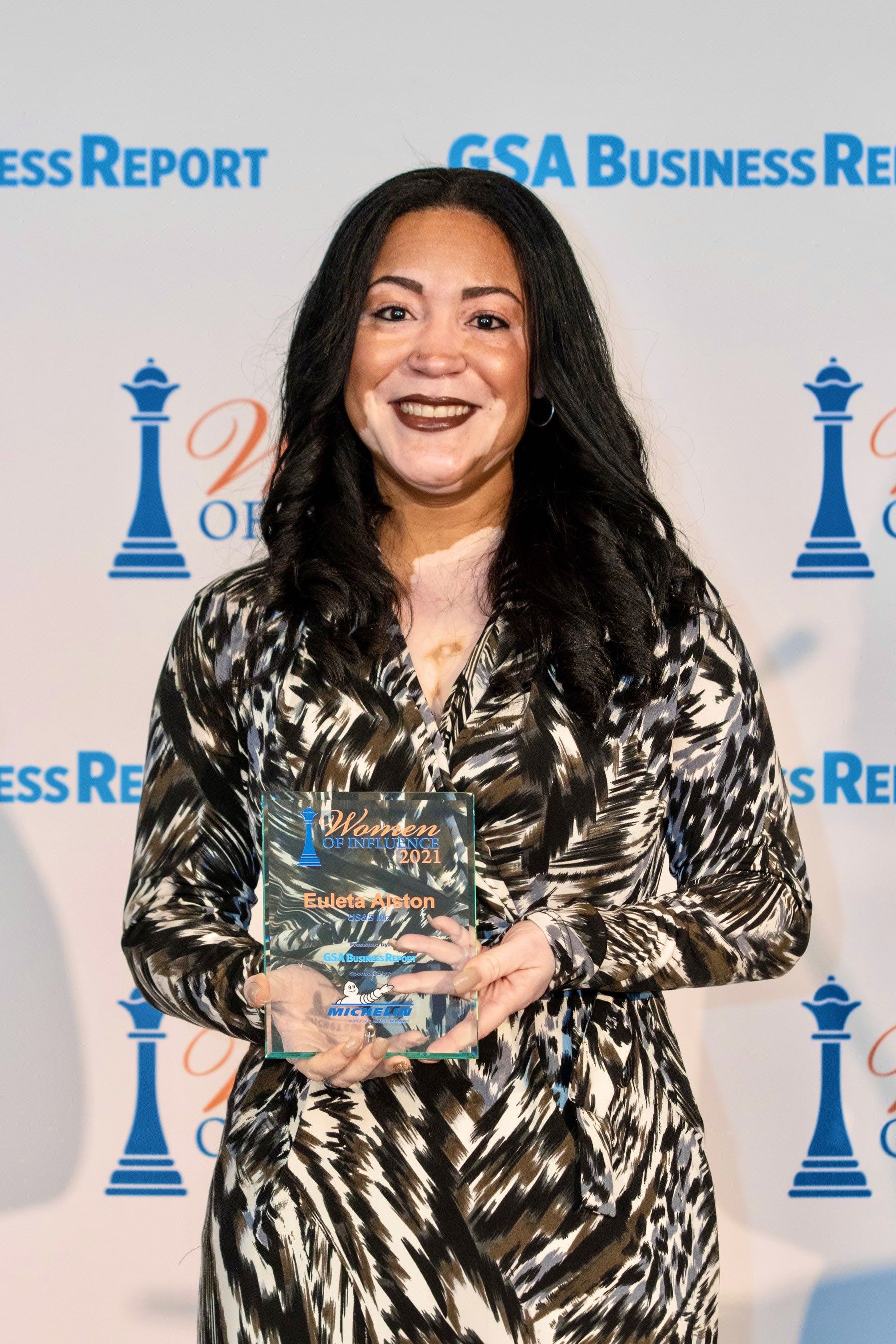 GSA Business has recognized the success of 25 area leaders who wield tremendous professional influence while also making a difference in their communities. Honorees representing fields ranging from law and nonprofits to real estate and architecture were honored with awards and recognition on Dec. 9th at the Commerce Club in Greenville, SC. Among those recognized included Euleta Alston, President of US&S. Cheers to her leadership and passion for excellence in service for her impact on our team and our community.

2021 Award Winners
In the last several years, US&S has been privileged enough to be recognized in several community related and client-sponsored award programs for the work that we do. These give credence to our efforts to sustainedly serve our clients and the communities we work, live, and play.

On February 14th, US&S celebrated its 17th year in service! We always had a long-term vision for this the achievements of our company are the results of a combined effort! We would like to thank our employees, their families, our subcontractors, vendors, business partners and stakeholders for the continued support and being a part of our journey. 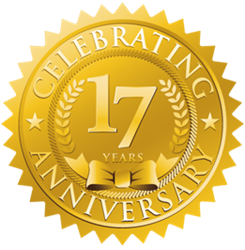 S. Richard Hagins - Named Greenville's 50 Most Influential and the Hall of Fame of 2020 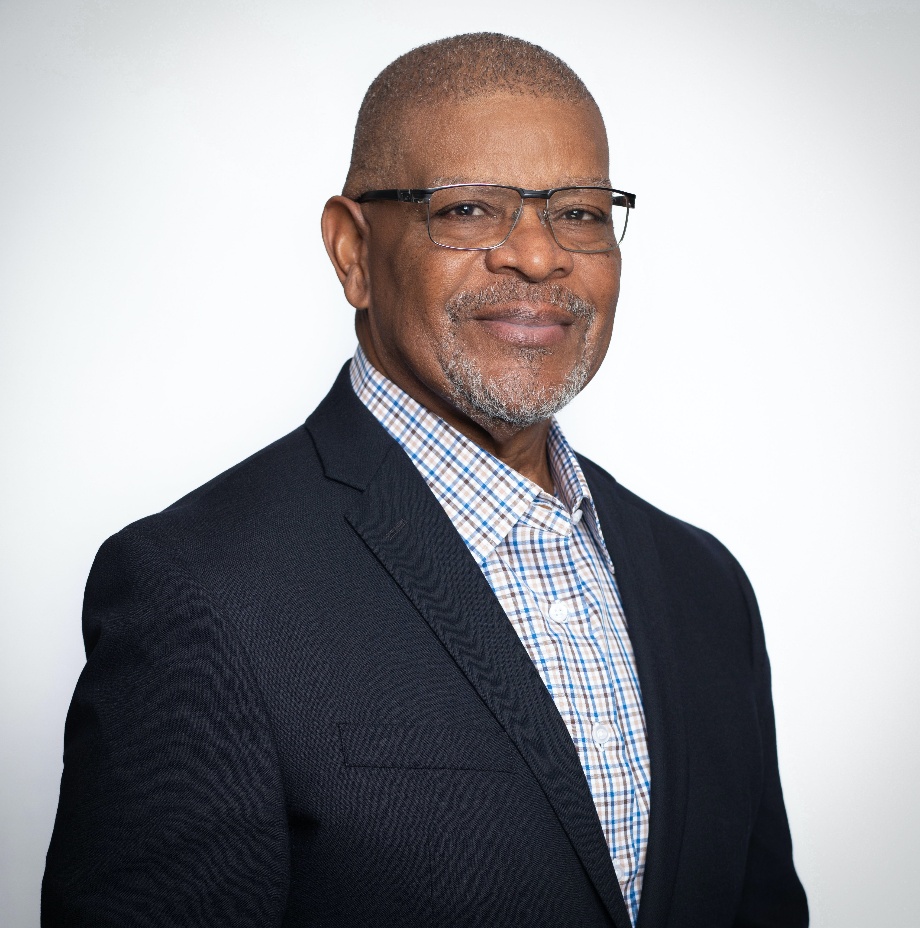 Rich Hagins, CEO of US&S, has been named one of the 50 Most Influential in 2020 in the Greenville/Spartanburg area for the 3rd year in a row. Every year Greenville Business Magazine honors the 50 Most Influential individuals based on their impact specific to 2020 in business, government, education, legal, economic development and non-profit sectors. They are chosen based on a nomination process and by interviews with key players in these sectors. The contributions of these individuals are important in the shaping of our community landscape now and in the future.

This select group will be honored at a reception held in February. This year our 50 Most selections will be featured in Greenville Business Magazine, Columbia Business Monthly and Charleston Business Magazine giving statewide recognition for their service. READ MORE

S. Richard Hagins - Winner of the Entrepreneur Of The Year® 2019 Southeast Award 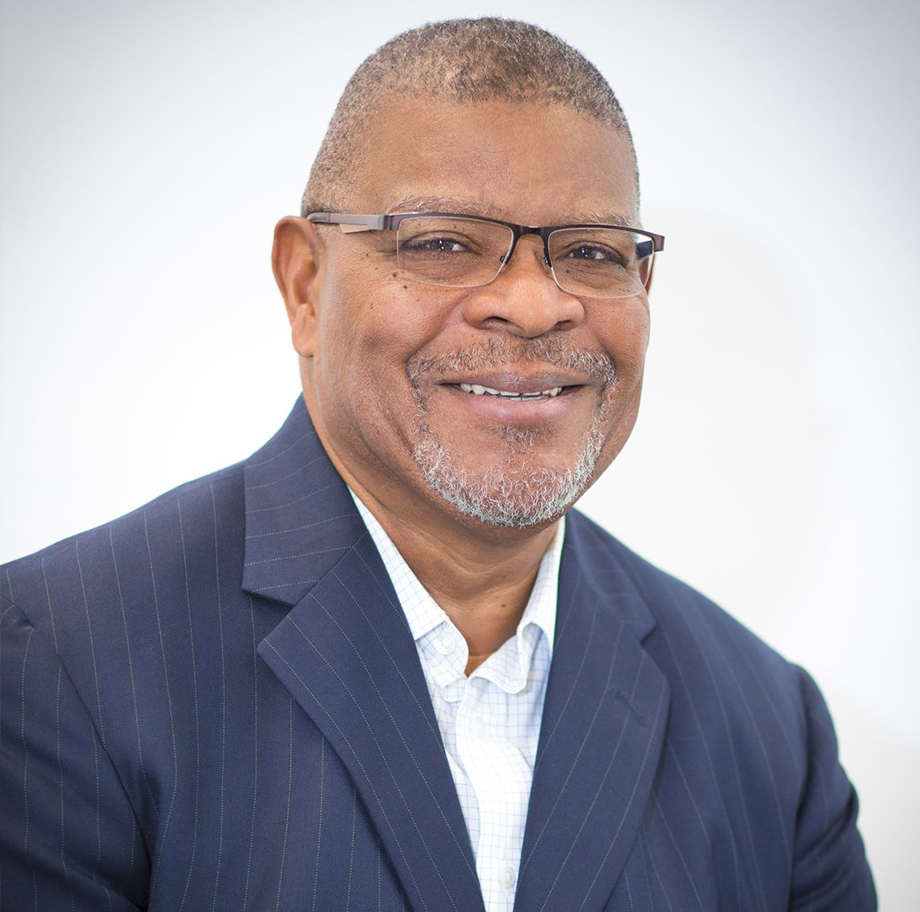 EY is pleased to announce the winners of the Entrepreneur Of The Year® Award in the Southeast. This group of unstoppable entrepreneurial leaders transforming our world was selected by an independent judging panel made up of previous award winners, leading CEOs, investors and other regional business leaders. The winners were unveiled at a special gala on Thursday, June 27, 2019 at the Coca-Cola Roxy in Atlanta.

"The entrepreneurs we recognize in this program have the courage, confidence and determination to turn their ideas into something remarkable," said Chevenry Arnold, EY Entrepreneur of the Year® Southeast Program Director. "EY is proud to honor the 2019 Entrepreneur Of The Year winners who are inspiring innovation without limitation and fueling growth by being truly unstoppable." 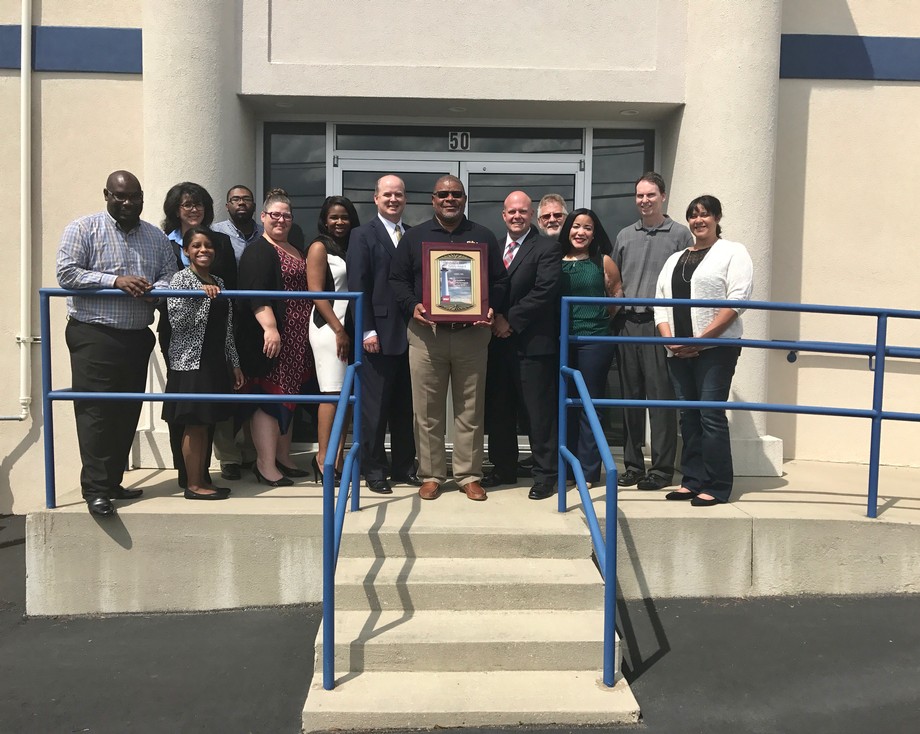 US&S was presented with the prestigious Lighthouse Safety Award by BB&T Insurance Services recognizing excellence in safety performance, the highest of three distinct award level designations. Our commitment to safety throughout the work place led to this recognition for 2017 and again in 2018.

Criteria for the award includes a client's workers' compensation experience modification (EMR), workers' compensation policy loss ratio, and BLS/DART/OSHA recordable incident rate.  BB&T Insurance Services recognizes only those companies with outstanding overall safety performance and awards those who have commendable, outstanding, and excellent performance. We are especially proud to note that we had zero reportable incidents for 2016! 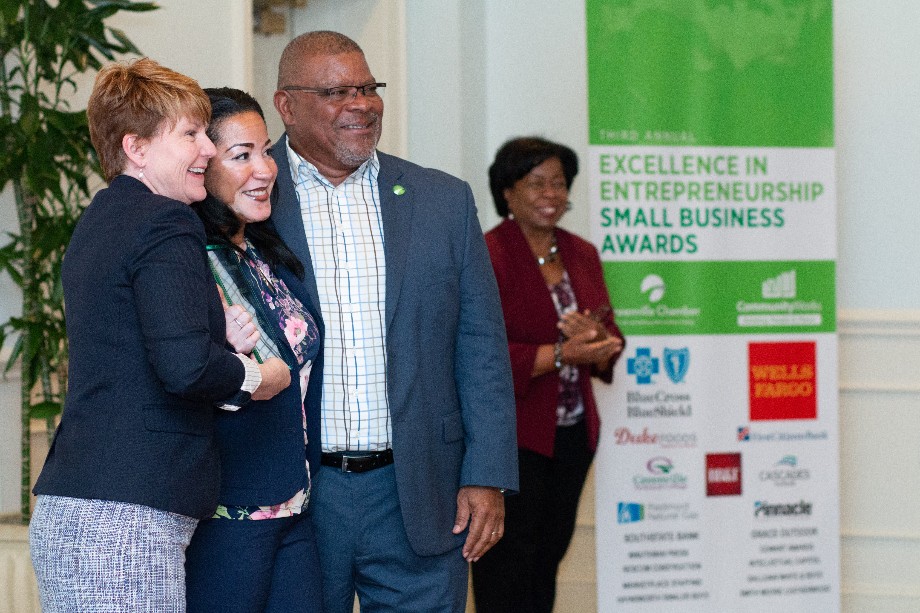 The Entrepreneurial Success Award, sponsored by Greenville Technical College, recognizes the power of small business to use innovation to create jobs and expand their business model. This year's winner is US&S and was accepted by Euleta F.H. Alston, President of US&S and daughter of Rich Hagins, founder of US&S.

CommunityWorks and the Greenville Chamber of Commerce co-hosted the Excellence in Entrepreneurship Small Business Awards to celebrate local small businesses and honor National Small Business week. Over 200 entrepreneurs and community leaders gathered to see which Upstate business were recognized as outstanding this year.

US&S: A Recipient of the 2017 Palmetto Shining Star Award 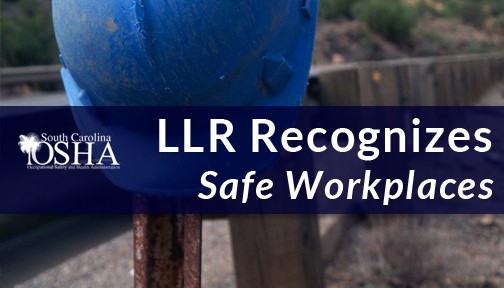 South Carolina LLR/OSHA The mission of the South Carolina Department of Labor, Licensing and Regulation is to promote the health, safety and economic well being of the public through regulation, licensing, enforcement, training and education.

US&S met at least one of the following criteria: no recordable injuries or illnesses during calendar year 2016; at least a 40 percent reduction between 2015 and 2016 employer incidence rates; at least 75 percent below national incidence rate; worked one million or more safe work hours without a lost-time injury or illness. 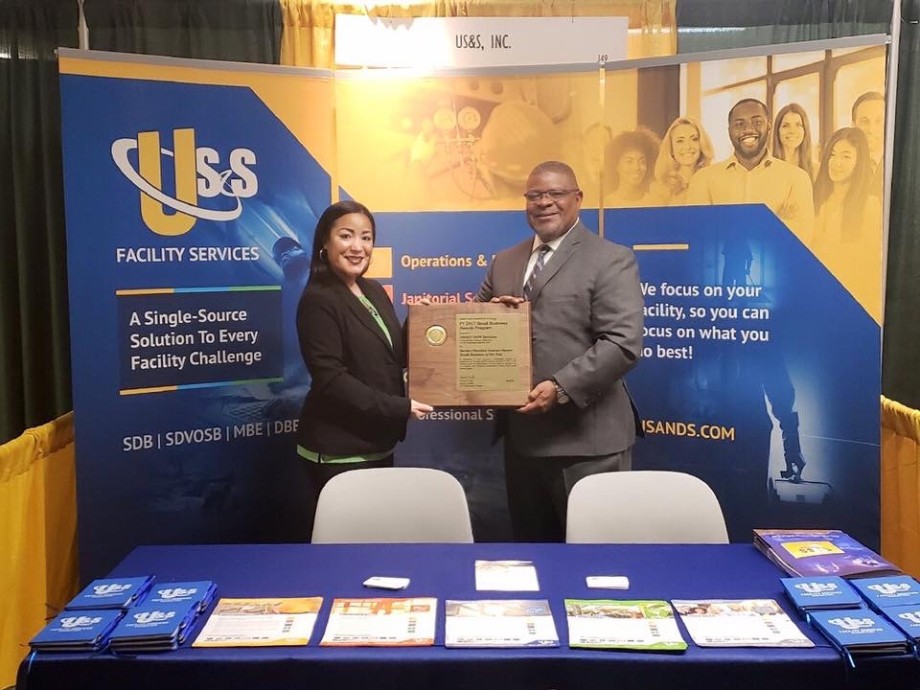 Recognizes the exceptional performance of a Service Disabled Veteran Owned small business directly facilitating the advancement of core DOE mission objectives and requirements.Thanks to their extra measure of effort, DOE steered over $6.1 billion toward small businesses in FY2017 to meet the Department's missions, in both prime and subcontract awards. This is an accomplishment that we all can be proud of.

Named Small Business of the Year by the Greenville Chamber of Commerce, 2014 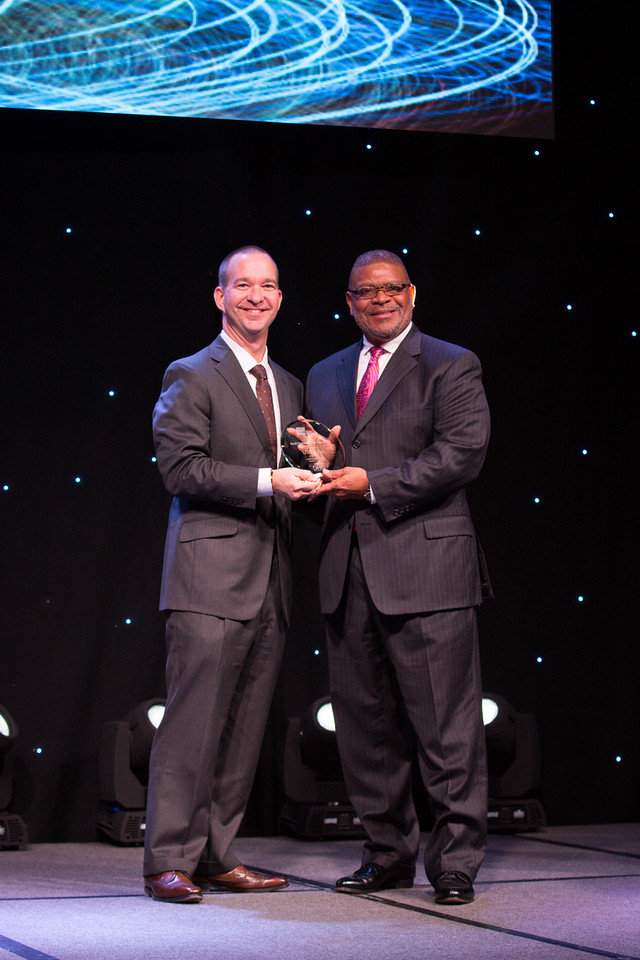 Like most membership organizations the more you put in, the more you get out. This is why US&S has made every attempt possible to support the Chamber as a company; however, we highly encourage our individual employees to become more involved as well. Being engaged with the Greenville Chamber of Commerce comes with significant value for our company, our employees, and the overall community. It provides valuable networking opportunities for small businesses to connect with larger businesses and fosters revenue building relationships that are mutually beneficial. It provides excellent volunteering opportunities that encourage community service and engagement,  offers valuable training for our staff to grow personally and professionally, and delivers cost efficient means for our company to receive media and print exposure throughout the Greenville community. The success of the Chamber results in success for businesses like US&S and ultimately the success of the economic landscape across Greenville.

CEO/President, Richard Hagins, is Named the State's Veteran Entrepreneur of the Year, 2014 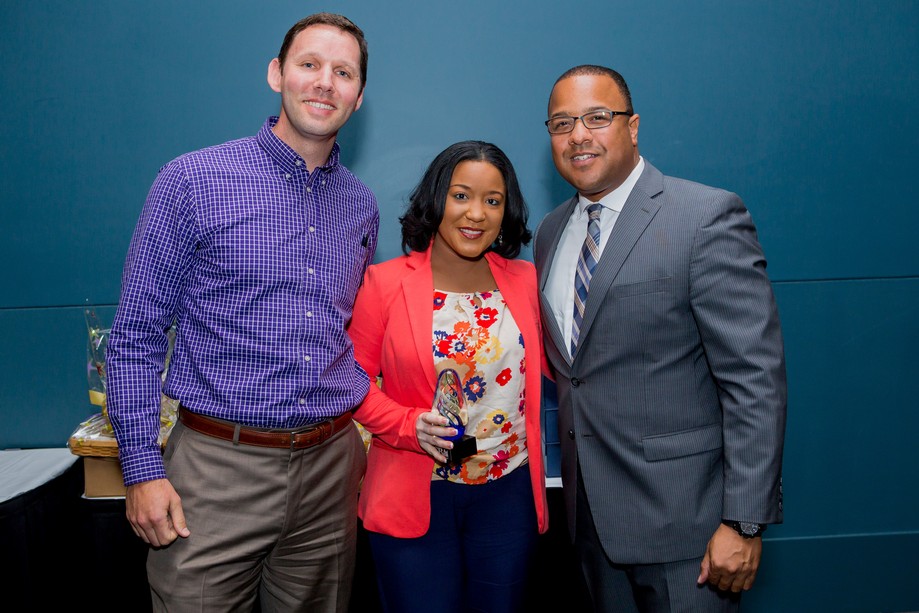 "Under Mr. Hagins' leadership, US&S has developed into a true small business success story. He has honored our country through his service, and he has honored our state through his entrepreneurship and community involvement.  Now, we are proud to honor him," said Elliott Cooper, Director of the SBA's South Carolina District Office.

Hagins was nominated by Euleta F.H. Alston, Business Development Manager of US&S, and eldest daughter of the retired Commander. She along with colleague, Peter Luciano, accepted the award on Richard's behalf on May 7, 2014, at the Annual Salute to Small Business event in Columbia, SC.

Named Small Business of the Month by the Greenville Chamber of Commerce, 2014

US&S formally received the Greenville Chamber's Small Business of the Month Award on March 20, 2014 - it is truly an honor for our team! It is wonderful to know that every move that the company has made over the past 11 years towards becoming a premier facility maintenance and support service provider to not only work with, but to work for is valued in the Greenville community!

Recognized by United Way as an Outstanding Community Partner, 2013 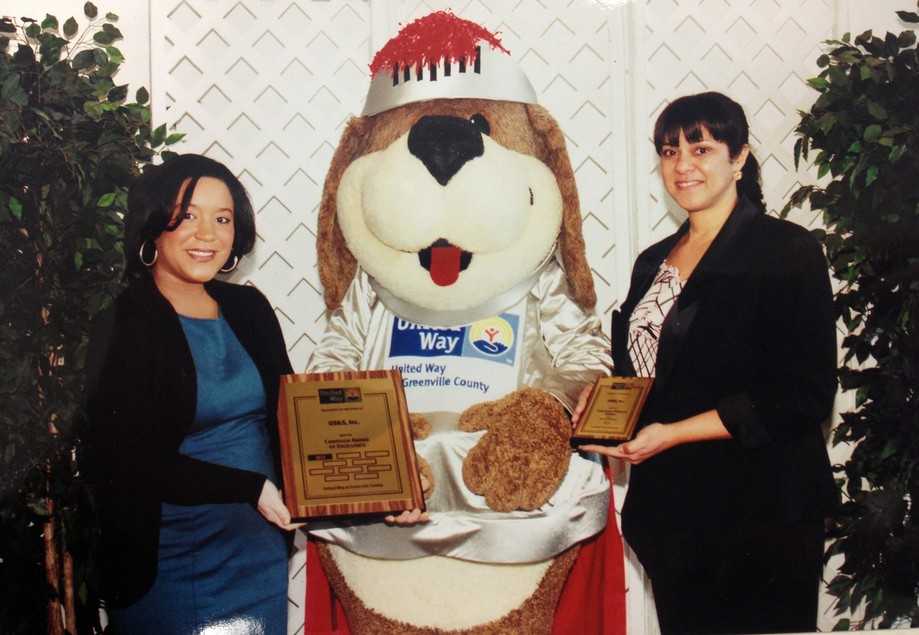 Although many of our employees have directly supported United Way or United Way agencies for many years, the company held its first annual campaign in October 2012. As a result, US&S was named an Outstanding Community Partner in 2013 during the annual Awards Ceremony for such a successful first time campaign. We are very proud of this accomplishment, as we have had 100% employee participation each year since our first campaign. In fact, US&S has received the Campaign Award of Excellence each year since its first annual campaign! We believe that our gifts each year will touch the lives of so many by providing much needed support to those in our community who need us most.

Selected as a Participant in the Greenville Chamber of Commerce Minority Business Accelerator (MBA) Program, 2013

The Minority Business Accelerator (MBA) is a start-up initiative of the Greenville Chamber's CAPACITY initiative designed to advance economic inclusion. As one of the Greenville Chamber's principal economic development initiatives, the MBA has been established to serve as a catalyst to drive a positive community economic impact, by increasing the overall capacity of locally-based high potential MBEs located within the market area.  The MBA program prepares minority-owned businesses for growth and expansion to create a competitive advantage for Upstate, SC to become the most inclusive business community in the world. US&S is proud to have been named a participant for the 2014 program year. 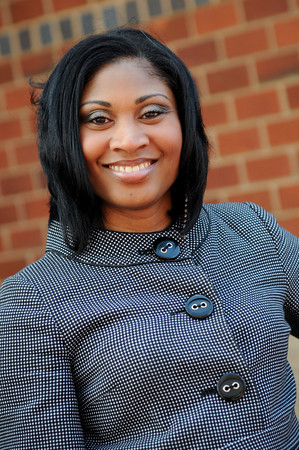 " The Greenville Chamber is very excited to have an organization like US&S participating in our MBA program. This company has demonstrated to the Upstate community and beyond its ability to deliver services of value with a high level of excellence. US&S is a great example of the value that minority business enterprises can bring to a community as suppliers, strategic partners, and effective engines for job growth, wealth creation, and economic development."

Recognized as a Major Success by the Small Business Administration, 2012-2013 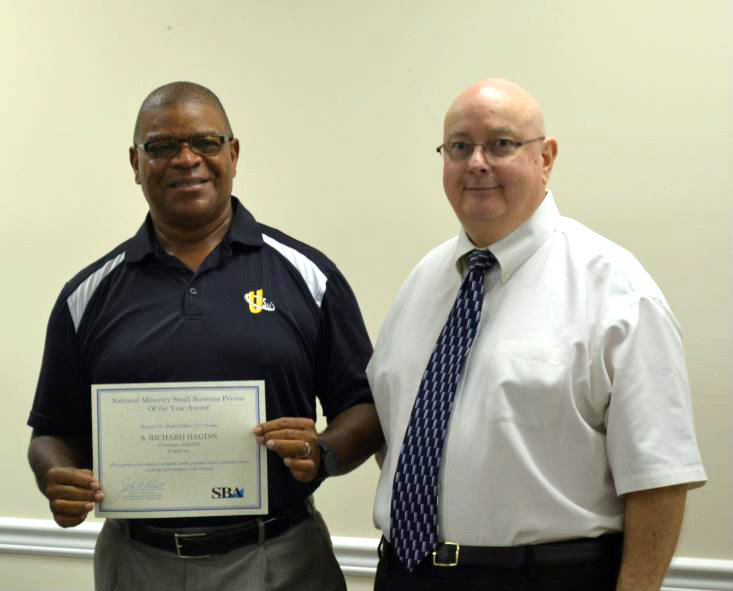 US&S was recognized in the SC Small Business Dispatch, the Small Business Administration's (SBA) Monthly South Carolina Newsletter, in September 2013.  The article focused heavily on the success of US&S, what the SBA calls an "Award-Winning S.C. Business", and the basis for that success as seen through Richard Hagins, Founder & CEO of US&S. In the write-up, he stresses, "Know thyself...know thy business".

In 2012, Richard Hagins, Founder & CEO of US&S, was named the South Carolina National Small Business Person of the Year Nominee. This prestigious award was in recognition of the company's outstanding growth in total sales and number of employees, excellence in government contract performance, response to adversity and contribution to the community.

Each year, Lockheed Martin business units in Orlando, Florida, and Dallas, Texas, nominate and select small businesses that have consistently provided outstanding support and products during the past year.  Though the corporation has thousands of suppliers, only a few of the small businesses are recognized for their outstanding quality in goods and service. Typically an award received by manufacturing suppliers, US&S was one of the first service companies to receive this prestigious award. 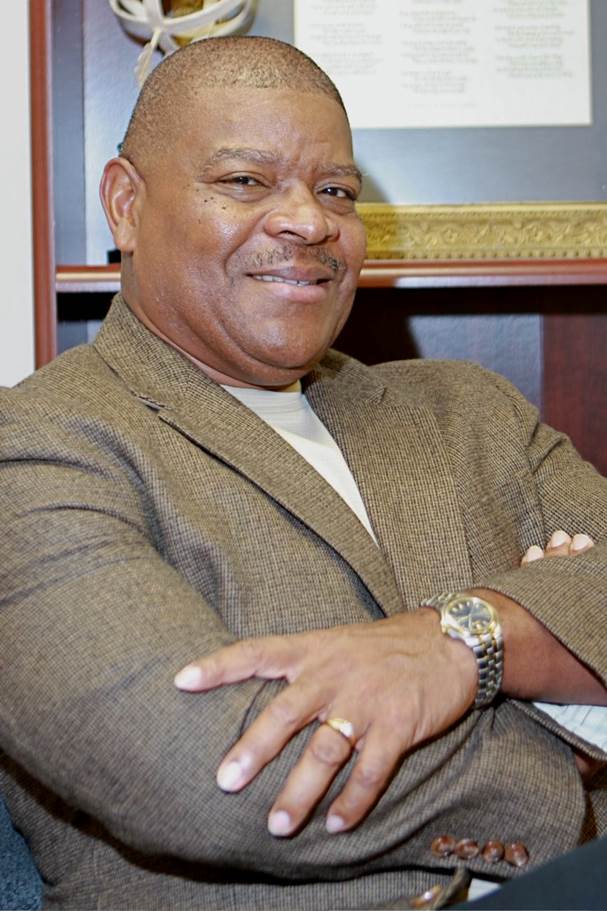 "We are honored to receive this recognition from Lockheed Martin Missiles and Fire Control," said US&S CEO, Commander S. Richard Hagins, USN, Ret.  "The central tenet of our quality policy is to provide services that comply with industry standards and exceed our Customer's expectations.

Recognized as a Leading Minority Business in the Upstate by GSA Business, 2006

US&S and CEO, Richard Hagins, were recognized by SC Biz News in a 2006 issue of GSA Business - a bi-weekly news source - reaching more than 25,000 readers in the Greenville, Anderson and Spartanburg markets. The article focused on how minorities were finding a business edge in the military, whether working directly for an agency or how the skills, training, discipline and experience translated well into the private sector. Hagins attributes his business edge and motivation to venture out on his own to his 20 plus years experience in the military.

Named Minority Business of the Year by the Greenville Chamber of Commerce, 2006

The Greater Greenville Chamber of Commerce awards its annual Minority Business of the Year (MBY) award in recognition of the achievements of local, minority-owned businesses and the contributions they make to Greenville. In 2006, US&S was recognized as the recipient of this prestigious award for its performance in the market and commitment to the Greenville community.